Have you heard of the term “promise rings” but aren’t sure what they are? Well, you’ve come to the right place! We’re going to take a look at everything there is to know about this meaningful piece of jewellery.

What’s the Meaning behind a promise ring?

A promise ring is a symbol of commitment. As the name suggests, it’s a promise to stay faithful to someone.

It’s most usually used in romantic relationships, and is often given at an earlier stage than an engagement ring. It may be appropriate for couples who, for whatever reason, aren’t ready to set a wedding date. That might be because of their age, financial situation, or other circumstances.

In some cases, a promise ring may be given on the understanding that an engagement ring will follow later. But it doesn’t have to be that way. It can be a great option for couples who don’t want to get married, but nevertheless want to show their commitment.

But whether or not it’s a precursor to engagement, a promise ring still has important symbolism. Some people suggest it shouldn’t be given until a relationship has lasted a particular length of time. We’ve heard suggestions of a minimum of a year.

But there’s no need to get too hung up on this. We can probably all think of successful marriages where people had been in relationships for less than a year before the wedding. The important thing is that a promise ring is given when it feels right to affirm your commitment to your partner.

Can promise rings be given by people who aren’t romantically involved?

While promise rings are most usually given to romantic partners, that’s not always the case. Promise rings can also be worn by friends, symbolizing their loyalty to one another.

We’ve even heard of cases where a parent has given a promise ring to their son or daughter. It can be a sweet symbol of their everlasting love.

Promise rings aren’t, though, the same as purity rings. Purity rings are worn as an outward sign of someone’s adherence to their religion. They denote their intention to remain chaste until they are married.

Who wears a promise ring?

The simple answer is – the person’s who’s been given it! It doesn’t matter whether you’re male, female or non-binary, straight, gay or bi, you can wear a promise ring. And you can give one too!

Some couples like to wear matching rings, each showing their promise to the world. For others, it’s a gift showing love and fidelity to their partner.

A pair of promise rings shouldn’t, however, be confused with “couple’s rings”. Couple’s rings are worn more as a fashion statement than a symbol of commitment. Essentially, they’re an extension of the way some couples like to wear coordinating clothing.

How do you present someone with a promise ring?

A promise ring can be given with as much or as little formality as you like.

Expectations here tend to be quite different to those around a wedding proposal. With an engagement ring, there’s going to be a wedding in the future. With a promise ring, the expression of love and commitment is less specific.

Very intricate preparations are less appropriate here than they would be for a marriage proposal. And we’d recommend avoiding going down on bended knee. If your loved one mistakes the promise ring for an engagement ring, you’re setting yourself up for an awkward conversation!

Nevertheless, giving a promise ring is a meaningful gesture. If you plan to present one to your partner, it’s worth putting some thought into how you will do it.

Many people choose to give a promise ring on a significant date – an anniversary, birthday or holiday, for example. Valentine’s Day is a particularly popular choice.

When planning the presentation, think about the kind of thing your loved one would enjoy. Would they appreciate a grand gesture? Or would they prefer something more low-key? Do they like telling the world how they feel, or do they feel awkward about public displays of affection?

Some people love elaborate surprises – like finding their promise ring in a champagne glass, or at the end of a scavenger hunt. Others will prefer something simple. Presenting a ring during a scenic walk, or in a place that’s significant to your relationship, can be very romantic.

Whatever you choose to do, put your loved one’s feelings at the heart of your plans, and you can’t fail. And if you’re looking for some inspiration, check out this YouTube video from relationship coach, Sally Landau. Sally offers plenty of good ideas to make the moment special.

What should you say when you present the ring?

The most important thing is to say sincerely what is in your heart. Be clear about what you see the promise ring as symbolizing. Are you making a promise to your loved one by offering it as a gift? Are you asking them to make a promise to you by wearing it? Or is it both?

Some people say a short rhyme. If you’re a bit of a poet, why not make up some words yourself? Or you can find some ready-made verses online.

For others, saying something in verse may feel unnatural. There are plenty of non-rhyming options online to either use yourself, or give your inspiration for your own words.

If you do choose to use something written by someone else, make sure it truly represents your feelings. True sentiments, even if you fluff your lines, are a hundred times better than fine but empty words.

The main thing is to explain what the ring symbolizes to you. Tell your partner why they are special to you, and why you want to give them the ring. If you’re honest and open, what you say will always create a meaningful moment.

When it comes to choosing a promise ring, there are no hard and fast rules. Nevertheless, there are some useful considerations to bear in mind.

A promise ring isn’t the same thing as an engagement or wedding ring. Making sure it looks sufficiently different from either of those will avoid misunderstandings by either the recipient or other people.

It’s a good idea, therefore, to steer clear of plain rings that could be mistaken for wedding bands. And very expensive rings with precious stones and metals should be avoided too. It’s all too likely that they will be misconstrued as engagement rings.

That doesn’t mean to say that a promise ring shouldn’t be made of silver or gold. But look for more modest designs that don’t feature large jewels or clusters.

A traditional Claddagh ring can be a good choice, particularly if you or your partner have Celtic roots. Or how about the example in this video, with a silver ring in the shape of the infinity symbol? Rings featuring hearts are popular too.

On which finger is a promise ring worn?

A promise ring can be worn on any finger on either hand. If the ring is a symbol of commitment in a romantic relationship, it’s often worn on the left hand.

Well, if a promise ring has been worn on the left hand, it will usually move to the right. That leaves the fourth finger of the left hand free for the engagement ring.

That, of course, means that the promise and engagement rings won’t usually be next to each other. So there’s no need to worry too much about trying to match the metals and styles between the two.

What happens if the promise is broken?

Sometimes, for whatever reason, the promise symbolized by the ring is broken. And sometimes the passage of time means it’s simply no longer appropriate.

When that happens, it’s usually up to the person who received the ring to decide what to do with it. They may wish to return it to the giver, or to keep it in memory of the relationship. Or if they choose to, they could even sell it or give it away.

If the promise ring is particularly valuable, it may be subject to laws about gifts during relationships. These will vary from place to place.

It’s better to avoid this becoming an issue by spending a proportionate amount on the ring in the first place. No-one wants to be part of an unseemly squabble over material possessions when a relationship ends.

So is a promise ring right for your relationship?

A promise ring can be a wonderful way to demonstrate your love and faithfulness to your partner. Take some time to think about how you’ll present it to them. With care, it can be a moment you both remember and cherish forever.

Think too about what you’d like the ring to symbolize. Communicate that clearly to your partner when you offer them the ring. Remember to tell them why they’re special to you, and whatever you say, be truthful and sincere.

And if things don’t work out, remember – your ring was a gift, freely given. It’s up to your partner to decide what they would like to do with it.

And if you end up exchanging your promise ring for engagement and wedding rings – congratulations! We wish you every happiness in the world. 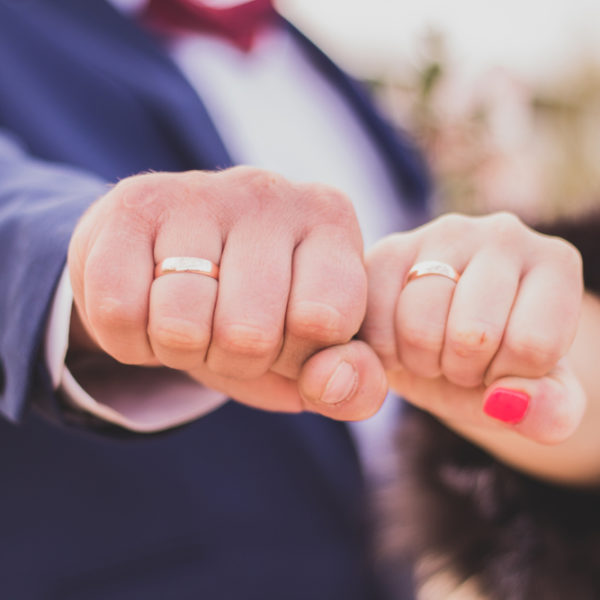 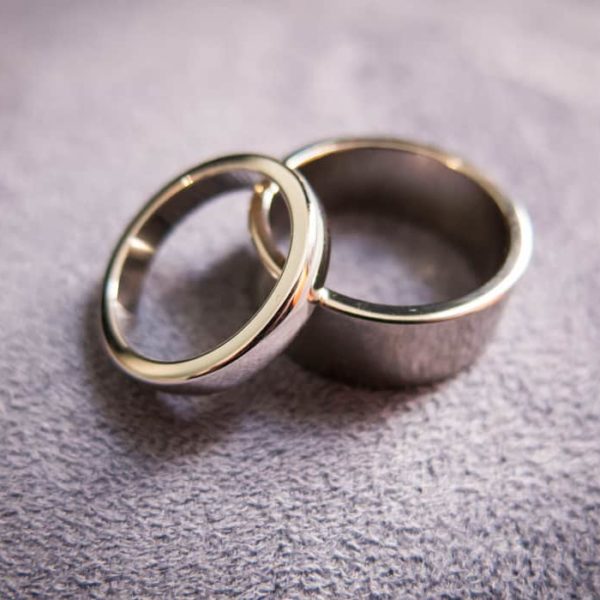 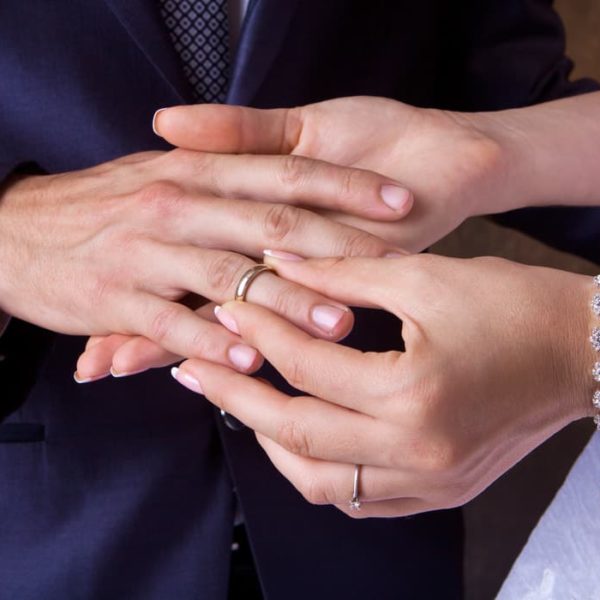 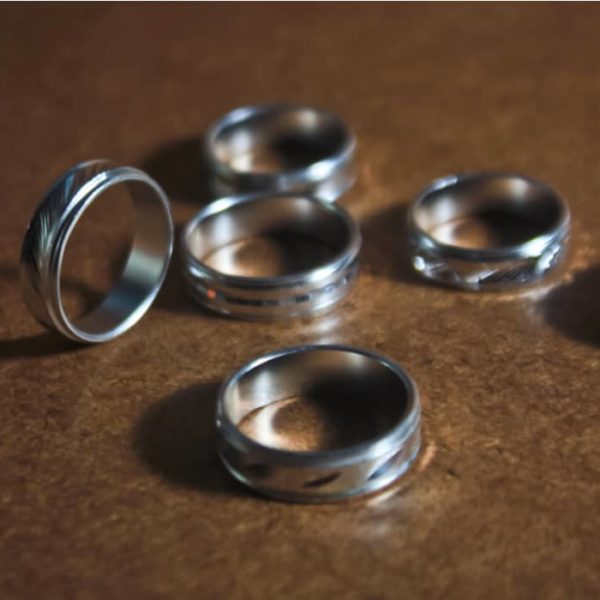