Have you heard people talking about smart rings but aren’t sure what they are? Or perhaps you already know the basics but want to expand your knowledge. Either way, you’ve come to the right place!

We’re going to set out all the key facts about smart rings. We’ll look at what they are, how to use them, and what to look for if you’re thinking of buying one.

So if you’re ready to learn more, let’s get started!

What is a Smart Ring? 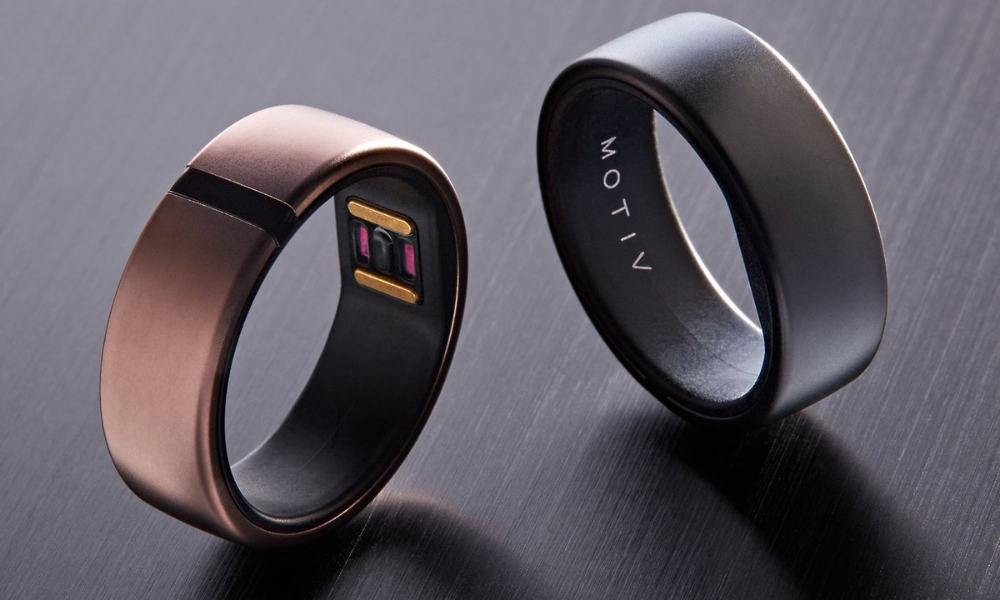 A smart ring is a ring that has some form of technology built into it. Unlike smartphones, all of which make calls no matter what else they do, no single function unites all smart rings.

They’ve been in development for longer than you might imagine, beginning around a decade ago. At that point, they were considered just as big a deal as smartwatches. But while the likes of the Fitbit have made smartwatches well known, smart rings are only just taking off.

That’s in no small part down to the inherent challenges of embedding tech in something as small as a ring. Fitting Bluetooth, a chip and a bunch of sensors into something light enough to wear on your finger isn’t easy.

The competitive development arena has also generated its own problems. Some companies have found themselves embroiled in legal disputes over intellectual property rights.

But despite those challenges, a number of smart rings have now made their way to the market. So what do they actually do?

What does a smart ring do?

Different smart rings do quite different things. Broadly speaking, they can be divided into two different categories.

The first type is rings that monitor biorhythms and are used as aids to health and fitness. They will often monitor a range of different things – for example, heart rate, steps, sleep time and body temperature.

The second type is rings that perform a particular function, like opening doors, making contactless payments or acting as remote controls. Others connect to your smartphone to send and receive messages, and interact with a virtual assistant.

For now, there isn’t a yet a ring that unites all these functions. But watch this space. New developments are happening all the time. 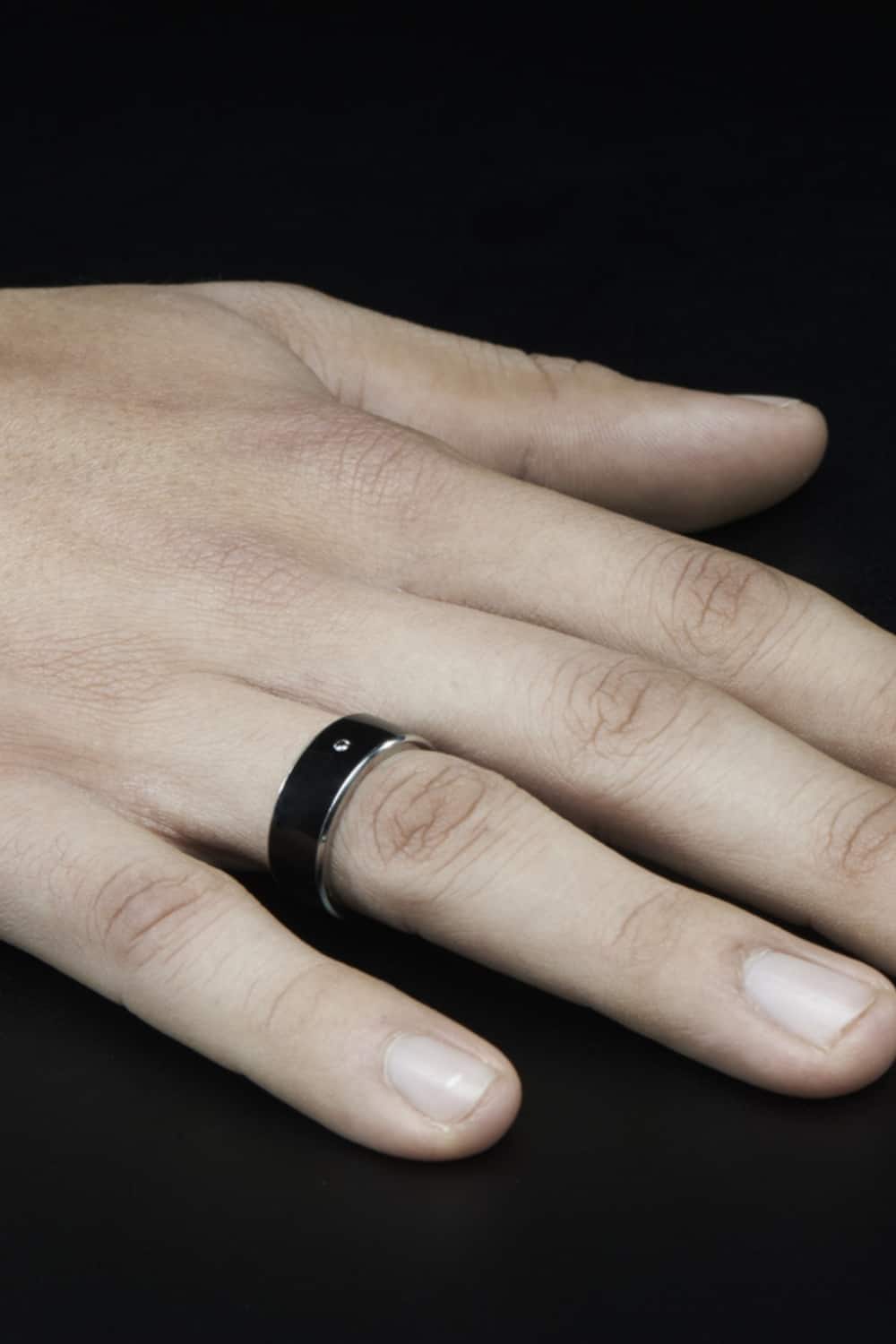 Different models of smart ring look quite different to one another.

The majority have a distinctly masculine look – apparently, tech firms expect their customers to be men.

The titanium Oura Ring, for example, looks like a man’s wedding band. It comes in a choice of two designs, Balance and Heritage.

Balance is available in a smart silver or gloss back finish. The silver version also comes with the option of a narrow diamond band for those who like a touch of bling.

Rather than being smooth, the outer surface of Heritage is a series of planes that gently curve into one another. It’s offered in a choice of gloss or matte black or silver.

The Motiv Ring is similar in appearance. Again, it’s made of titanium and looks like a man’s wedding band. It’s available in brushed silver, brushed rose gold and matte black finishes. Each has a narrow, vertical black LED band.

The McClear ring is another plain band. With this one you can choose between a black or white finish. The matte colors mark it out as something a bit different from a normal ring.

The ORII, on the other hand, has a fairly big rectangular metal plate attached to the band. It’s sleek and stylish, and is available in a choice of silver, copper and black. But with its engraved logo, you wouldn’t mistake it for an ordinary piece of jewelry.

What are the advantages of a smart ring?

The advantages of a smart ring stem from its size and light weight. You’ll be able to wear it comfortably, and unless you’re wearing gloves, your ring will always be accessible.

Use it to make a contactless payment, and you’ll never have to search your bag or pocket. It will be there on your finger, just where you need it.

And if you want to track your sleeping heart rate, you won’t have to wear something bulky on your wrist. As long as the fit is comfortable, you can forget all about your ring.

But one of the main advantages being used to market smart rings is, believe it or not, to reduce the interference of technology in everyday life. Rings that interact with your phone can discreetly alert you to chosen notifications. You can keep your phone in your pocket and avoid constantly checking it.

What are the limitations of a smart ring? 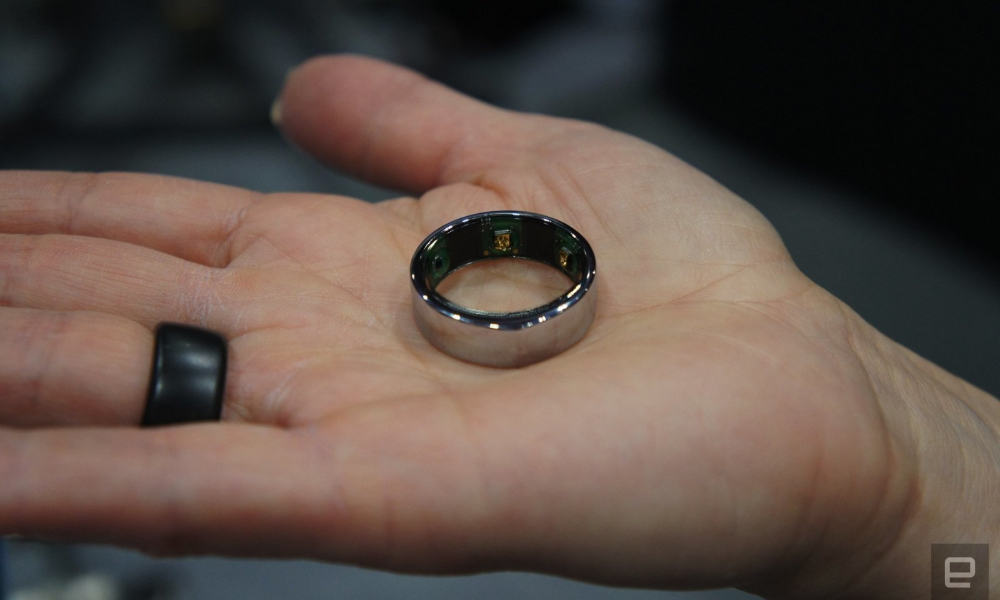 Unlike a wristwatch, most smart rings can’t be adjusted to create a snug fit. You’ll need to make sure you get the right size to begin with. And if your fingers swell, you’ll need to put up with it getting a bit tighter. Once you have it, you won’t be able to get it resized.

Because the fit is so important, some manufacturers recommend a two-stage process to ordering your ring. First, get in touch with them and they’ll send you their own ring sizing kit. Use this to choose the correct size before placing your order.

It does mean the buying process takes longer. But it’s worth it to make sure that your ring will work for you when it arrives.

There is an exception, though. The design of the ORII keeps all the tech inside the rectangular part of the ring. That means that the band itself if fully interchangeable.

The other main limitations of a smart ring relate to its size. Keeping it wearable means making some compromises on functionality.

If you want a ring that can monitor a number of different biorhythms, you’ll need to spend a lot of money. And because there’s no screen with a smart ring, you’ll still need to use it alongside your smartphone. You’ll need that to check stats and receive notifications about your activity.

There are less expensive options, however. The McClear ring, for example, can be used only for making contactless payments, and is very cost effective. It will set you back about the same amount as a couple of cups of artisan coffee. It is, however, only available in the UK.

But for now at least, however much you spend, you won’t get the functionality of a smartphone or watch.

Is a smart ring right for you?

If you’re thinking about getting a smart ring, there are a number of questions it’s worth asking yourself.

To begin with, are you comfortable with wearing a ring at all? There are some great, lightweight smart rings out there – but they’re still relatively bulky on your finger. If you don’t get on with rings generally, this piece of tech probably isn’t for you.

The good news, though, is that most smart rings are hypoallergenic. Even those who’ve had problems with jewelry in the past probably won’t have a reaction to a smart ring.

Which is the right model for you? 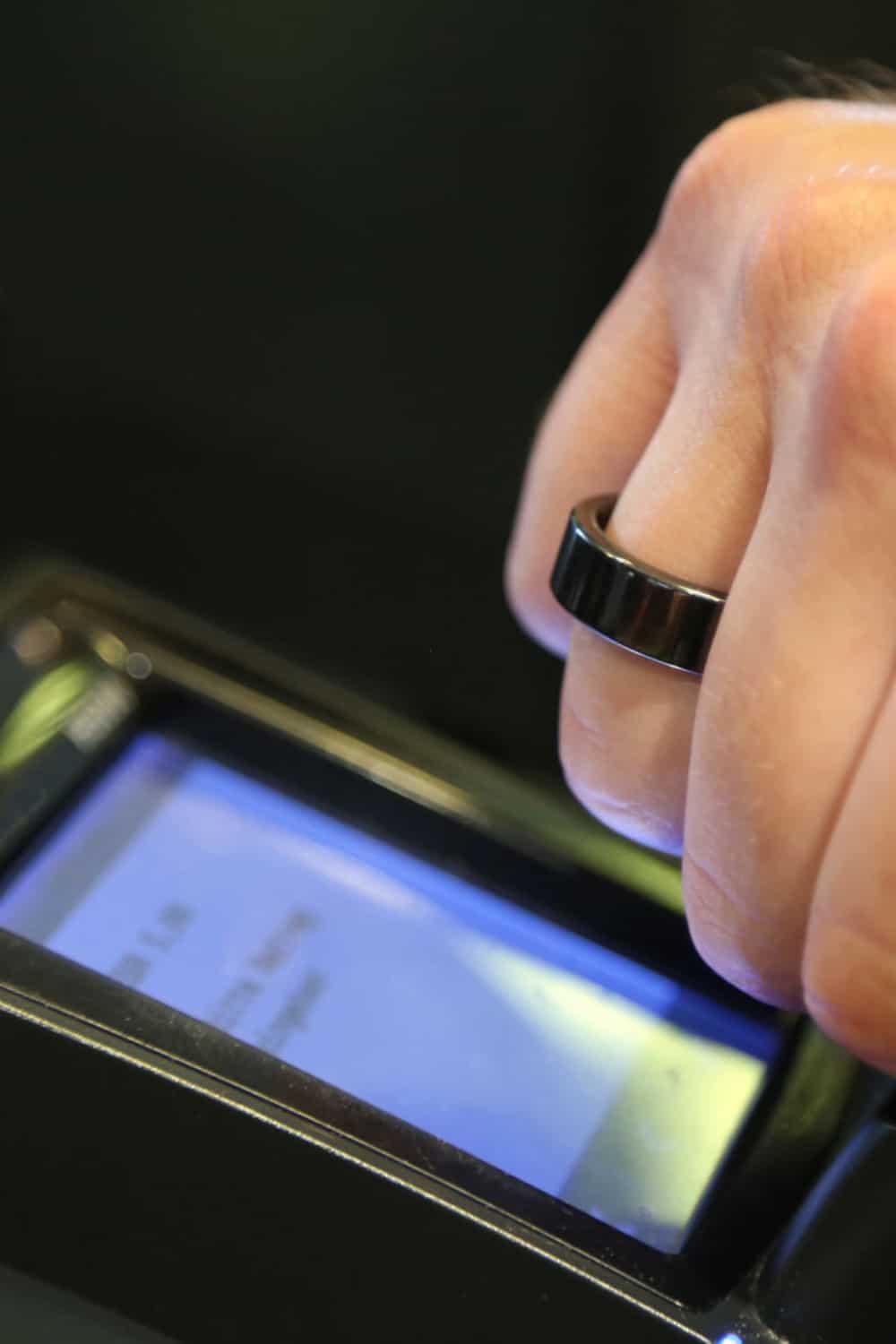 If you want a ring to help monitor your health and fitness. the Motiv is a great choice. It will allow you to set fitness goals, and will adjust your targets in light of progress. It will even automatically detect when you fall asleep, no programming required.

The Oura is another great option. It will track your steps, body temperature, activity levels and sleep.

But if you’re looking for a ring to perform practical functions, these won’t be the right choices.

If you simply want your ring to make contactless payments, the McClear is hard to beat. It does the job simply and effectively, it never needs to be charged, and it’s not expensive.

The OPN from NFC Ring is great for those who want a ring that can unlock devices and digital doors.

And you want your ring to interface with your smartphone, the ORII is the perfect choice. It will allow you to listen to and send messages, and control smart gadgets around your home.

The costs of these different options vary dramatically. The most expensive model of the Oura, for example, is around five times the price of the Motiv.

For the moment, most rings are shipped direct from the manufacturer, so there’s little or no opportunity for price competition. Be sure to check the price tag as you’re doing your research.

Last but not least, check how your smart ring is powered. Most run on batteries that are recharged via a dedicated plinth through a USB port.

Battery life varies. The battery in the Oura Ring will last for five days on a single charge. In other cases, you’ll need to recharge your ring more often. The MacClear, on the other hand, doesn’t need to be charged at all.

Smart rings are clever pieces of kit, and they’re developing all the time. There’s already a choice of both functionality and price, and that looks set to broaden further in the future. We hope you’ve enjoyed finding out more about them!

Scroll to Top
Send this to a friend